Our specialists diagnose and treat both communicable and non-communicable diseases while focusing on personalized care. They help in providing appropriate treatment and management for disorders. Focus is on disease prevention, acute and chronic care, palliative care and preventive care. The doctor will assess symptoms, determine the underlying condition and provide effective treatment. They also evaluate the risk factors to avoid the onset of certain diseases in the first place. 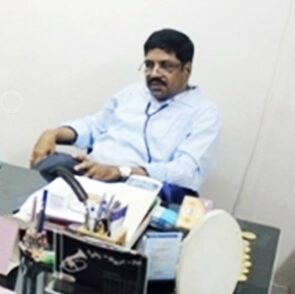 You can book an appointment for consulting with our General Physician. During your visit to our hospital as an outpatient, the doctor will help in diagnosing the problem and suggesting an effective line of treatment for the disorder including the need for treatment as an in-patient.

A nebuliser is a drug delivery medical device that is used to administer the medication directly and quickly to the lungs of a patient in the form of a mist. The mist can be inhaled by the patient using a mouthpiece. Nebulisation helps in clearing the airways and in some cases to treat infections in an emergency. Nebulisation is used in providing quick and emergency relief in patients with asthma, COPD, cystic fibrosis and other respiratory disorders.

It is used to monitor the health of patients in the hospital where blood oxygen levels or oxygen saturation might be affected. It is non-invasive, easy and painless and determines how well oxygen is being delivered to parts of the body that are farthest from the heart. The oxygen saturation level is a good indicator of how well the heart is pumping oxygen through the patient’s body.

It is a device used to measure lung function and breathing patterns in terms of the amount and speed with which air is inhaled or exhaled, It is used to identify pulmonary disorders such as COPD, asthma, pulmonary fibrosis and cystic fibrosis among others. It is non-invasive and one of the most common pulmonary tests.

The electrocardiogram is an easy, convenient, non-invasive and painless method of detecting problems in the heart. It records the electrical signals in the heart and is used to detect abnormalities of the heart such as narrowed arteries, blocked heart, abnormal heart rhythms, the occurrence of a previous heart attack and to check if a pacemaker is working fine.

Reflux occurs when stomach acids back up to the oesophagus from the stomach. Patients may suffer from coughing, wheezing, vomiting and may find it difficult to swallow. This results in Gastroesophageal reflux disease (GERD). This can be treated with lifestyle changes and drugs but in certain cases needs a surgical intervention. The laparoscopy procedure involves making multiple small incisions rather than a single long incision in the abdomen.

Trauma can be minimised using the Single-Incision Trans - umbilical Laparoscopic Surgery or the SILS method to perform Cholecystectomy. It is a recent advance used to treat patients with gallstone disease. Reduction of trauma results in a consequent reduction in morbidity including infection, pain, bleeding and herniation.

If a part of an internal organ or tissue bulges through a muscle it is called hernia. If the intestines or fat from the abdomen bulge through the lower abdominal wall into the groin area the hernia is called an inguinal hernia. Surgery is recommended when the hernia causes pain or if the hernia is incarcerated or strangulated. Surgery may involve the removal of the hernial sac or may include the repair of the posterior wall of the inguinal canal in addition to the removal of the hernial sac. In some cases, the posterior wall may be strengthened with a synthetic mesh.

If the hernia occurs in both sides of the lower abdomen then it is called a bilateral hernia. They may be painless initially. With time they can be painful while coughing, sneezing, or lifting heavy objects. An inguinal hernia, the membrane lining the abdominal cavity may protrude along the inguinal canal that carries the spermatic cord. During surgery, the herniated tissue is pushed back into the abdomen. The laparoscopic procedure involves bringing in a camera and other equipment to repair the hernia through multiple small incisions.

Two to four small incisions are made in the abdominal wall in this minimally invasive surgery. The surgeon views the hernia from inside the abdomen. The abdomen is filled with carbon-di-oxide to create sufficient space for the surgeon to work. A mesh is used to cover the hole to reinforce the belly wall and then stapled.